Why Women Need To Network Differently Than Men To Get Ahead

While some might think that women need to network like men to get ahead, research suggests that that’s not enough. Women need a strong female inner circle. 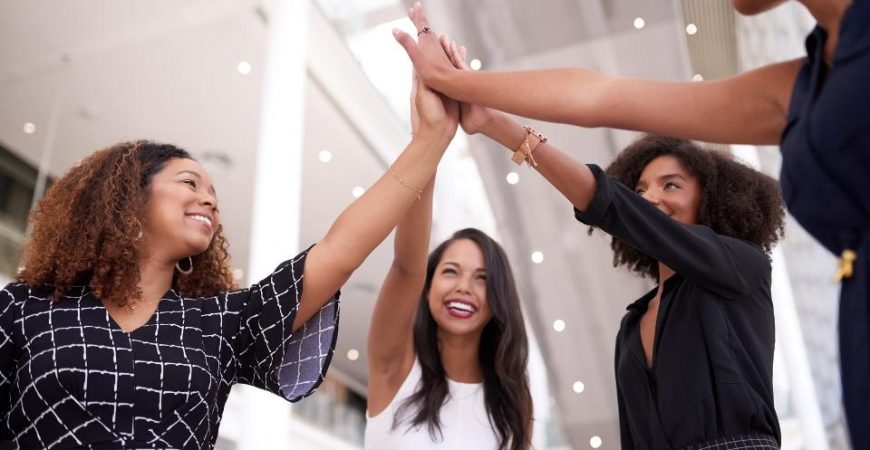 We’ve all heard the phrase, “it’s not what you know but who you know.” Let’s face it, most people hate the idea of networking. In fact, it’s so unpleasant that a recent study, co-authored by Harvard professor Francesca Gino, found that people avoid professional networking because it makes them feel physically dirty! When we think of networking among men, one commonly conjures up thoughts of the “old-boy network”—an informal system of connections through which men use their positions of influence to help other men. While some might think that women need to network like men to get ahead, new research suggests that that’s not enough.

Networking isn’t taught to us in school, yet men are trained to network from a young age. Rachel Thomas, president of LeanIn.org, says, “I think men are socialized from the get-go to understand that mixing business and friendship is what you do to get ahead. We, as women, aren’t as comfortable doing that.” When men network, they usually form alliances. Men’s networks also tend to be larger and broader, which is an advantage because a wider audience provides more opportunity to be introduced to someone that may assist with career advancement. Also, men generally network with a clear goal in mind and are more comfortable asking for what they want. Helen Fisher, Ph.D., biological anthropologist at Rutgers University and author of Why Him, Why Her says,

“Men and women have very different brains and they do network differently. The male brain is more compartmentalized; they get straight to the point; they know the goal. They tend to decide right away, with little to no small talk, whether they will work with you or not.”

While men are focused on the short-term need, women are more focused on building long-term personal connections or friendships. Women often make contacts through people they know and tend to form smaller, deeper networks based on trust. They also frequently seek advice for both personal and professional needs. In contrast to men, women generally hesitate to ask for what they want out of a networking interaction. Instead, they think about what they can do for the other person first. There are also special circumstances that can prevent women from networking like men. Many women don’t want to attend events after work, because they want to get home to be with their families (since women are still the primary caregivers). Women also tend to avoid networking with men in social settings because they don’t want their behavior to be misconstrued. When women enlist men as mentors, the relationship can sometimes be viewed as more than just a professional one.

According to a study conducted by the Kellogg School of Management, women who try to network like men to get ahead actually do the worst. That’s because they are missing one crucial ingredient, a close inner circle of women. The study revealed that there is a need for that tight-knit female group because it probably provides critical information on job opportunities and challenges. This information might be about equal advancement opportunities or whether an interviewer might ask gender-specific questions and the best way to respond. Brian Uzzi, a professor and coauthor of the study said, “When you talk to women about their job interviews and the things that concern them, it’s about how the culture of the firm is oriented towards women. That type of information is most helpful if it comes from another woman.” In fact, 77% of the highest-achieving women in the study had strong ties with an inner circle of two to three other women. The research also showed that women who form a strong inner circle with other women who can share career advice are nearly three times more likely to get a better job than women who don’t have that support system.

For women to advance professionally, we need to exploit our one true advantage—a strong female support group. The support system and gender-specific career advice that women can provide other women are crucial to career advancement. Female mentorship in the workplace is more important than ever. Let’s band together so that tomorrow’s female leaders emerge from today’s inner circle.