Why It’s Never Too Late to Become an Entrepreneur 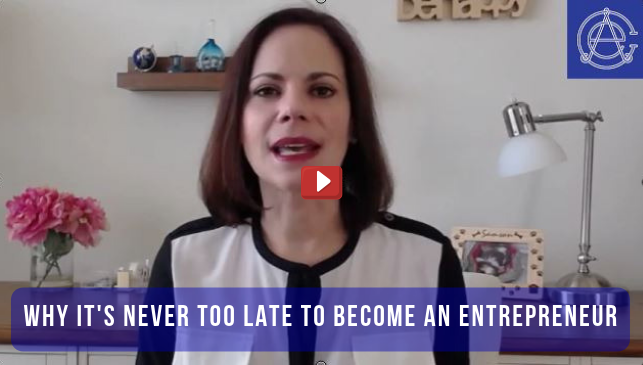 You haven’t missed the boat

Many people think that entrepreneurship is a young person’s game. This assumption is probably because when people think of successful entrepreneurs, the ones that immediately come to mind are college dropouts like Bill Gates, Mark Zuckerburg and Michael Dell. However, college dropout entrepreneurs are the exception, and there is data to back it up. A study by the Kauffman Foundation led by Syracuse University professor Carl Schramm revealed that the average entrepreneur was 39 when he or she started a company. Not only that, Schramm said that “Americans who are 35 or older are 50% more likely to start a business than are their younger counterparts”. Also, recent research led by Javier Miranda of the U.S. Census Bureau and Pierre Azoulay of MIT indicated that for the top 0.1% of fastest growing new businesses in the U.S., the average age of the founder in the business’ first year was 45. So, in a nutshell, it’s never too late to become an entrepreneur. In fact, it could be an advantage to start a business mid-career.

Starting a business mid-career could be an advantage for many reasons. The Kauffman Foundation study found that entrepreneurs starting businesses mid-career were five times more likely to enjoy success five years later than entrepreneurs starting businesses right out of college. This is because management experience is great training to become an entrepreneur. Once you’re in your 30s or beyond, you’ve acquired strong skills, contacts and industry-specific knowledge that you can apply to a new business. You are more likely to be financially stable so that you can potentially self-fund your new company, allowing you to incur minimal debt and have greater stability. Mid-career entrepreneurs are also more successful than younger founders because it takes time to get to know yourself. Throughout your career, you learn what you like and don’t like with each position. By the time you launch your business, you have a better understanding of your strengths and weaknesses as well as what you need to feel fulfilled as a human being.

Even if you’ve invested 10 or 20 years in your current profession, you can still successfully pivot to become an entrepreneur. Here are some examples of people who famously shifted careers later in life:

There is never a right time

Starting a business is like having a baby—there never really is a “right” time. It has nothing to do with how old you are, and most likely you will never feel completely ready. The biggest key to get started is to confront the initial fear associated with transitioning from a corporate career to entrepreneurship. Most people today can expect to change careers three to seven times during their working lives. Being in your 30s, 40s or beyond can be a great time to start a business, especially if you’ve planned ahead financially and have a solid support system around you. So, if you are considering becoming a mid-career entrepreneur, it’s never too late. As C.S. Lewis once said, “You are never too old to set another goal or to dream a new dream.” Dream big, plan well and great things will happen.