Why Failure Leads To Career Success

A new study reveals that failing early in your career can make you more successful in the future. 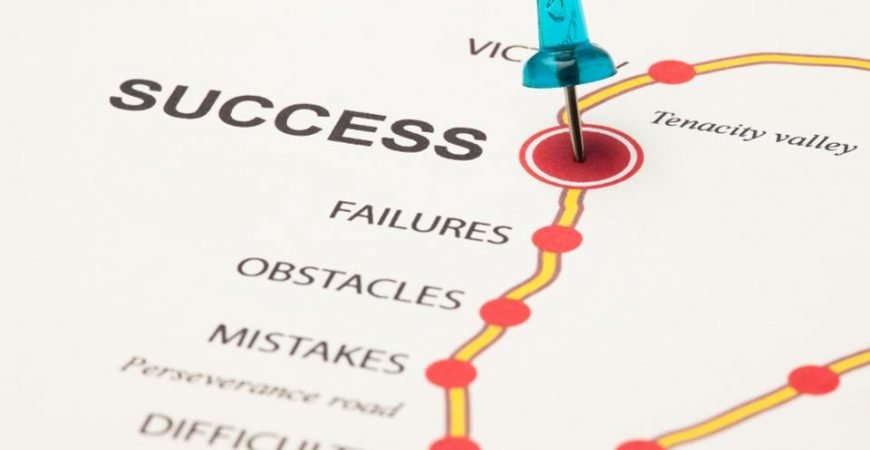 People in our society tend to view failure in a negative light. The most obvious example is in schools where students are discouraged from getting failing grades. In the real world, on the other hand, failure can be a good thing. Think about Thomas Edison. In response to a question about his missteps, Edison once said, “I have not failed 10,000 times—I’ve successfully found 10,000 ways that will not work.” What would have happened if he had given up after the 9,999th attempt? Now a new study reveals that failing early in your career can make you more successful in the future.

The study conducted by Northwestern University’s Kellogg School of Management analyzed data from scientists who had applied for grants early in their careers. They categorized them based on those who received funding for research (the “success group”) and those who didn’t (the “failure group”). Then, they tracked how many papers those scientists published over the next decade and how many times their studies were cited in other articles to gauge their success. Those in the failure group were 6.1% more likely to publish a high-impact paper than those in the success group. The next question is, how can failure lead to career success?

Failure keeps your ego in check

Research shows that the best leaders are humble leaders. Failure fosters humility, which is not only necessary for leadership but self-improvement. Intellectual humility means recognizing that we don’t know everything. It allows us to acknowledge our limitations, seek answers and accept new ideas.

You can look at a layoff as a negative event or as an opportunity to go in a new direction. I can talk until I’m blue in the face about people who weren’t enjoying their jobs or learning anything new, who went on to more fulfilling careers after a layoff, buyout or restructuring. They were forced out of their comfort zone so they could follow their passion and make a bigger contribution to society. Sometimes all we need to find career success is a little push.

Failure gives you a new perspective

It was Ellen DeGeneres who said, “It’s failure that gives you the proper perspective on success.” Every success comes with hundreds (perhaps thousands) of rejections, blunders and defeats—all of which are just as important as the accomplishment itself. No success story happens overnight. What we tend to see are mostly the wins, not the losses. To prove this point, Johannes Haushofer, Professor of Psychology and Public Affairs at Princeton University, published a CV of his career failures to give perspective to students who were feeling discouraged. It includes degree programs he didn’t get into, research funding he didn’t receive and paper rejections from academic journals. What did he list as his meta-failure? He writes, “This darn CV of Failures has received way more attention than my entire body of academic work.”

It’s not merely the act of failing that leads to career success. It’s failing and then getting back up and trying again. Coming back from failure teaches resilience, and resilience is the one quality all successful people have in common.

Failure teaches you what you want (and don’t want)

There’s strong evidence that shows we actually learn more from our failures than our successes. While some people may know their passion from a young age, most people don’t. That’s why there is no substitute for test driving careers. If one job isn’t the right fit, you can move on to the next. By looking at each failure as a lesson, you’re ahead of the game.

Franklin D. Roosevelt once said, “a smooth sea never made a skilled sailor.” I couldn’t agree more. In the end, it’s not the failure that defines us but the determination to keep moving forward despite it.

Are you feeling stuck and unfulfilled in your career?  Download my free guide: 5 Signs It’s Time to Make a Bold Career Change!