Why Ambition Isn’t A Dirty Word For Women

Too often, women with ambition are viewed as pushy, selfish and unlikeable. Here's how we can change the narrative. 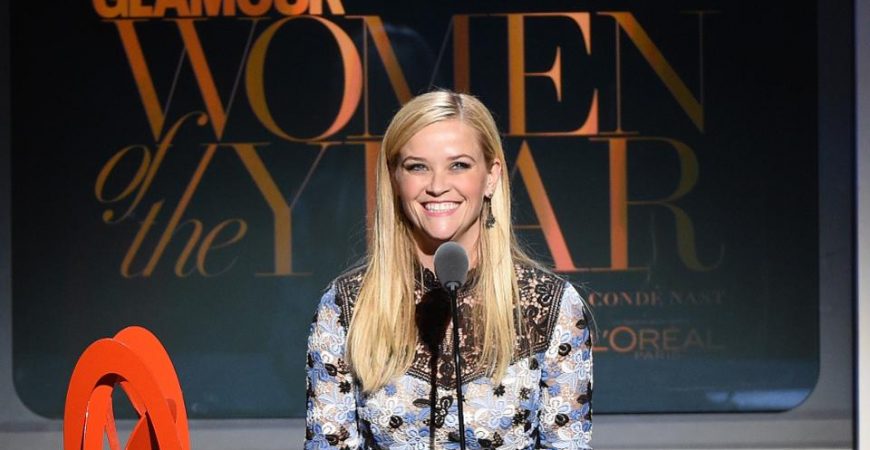 Reese Witherspoon said it best in her speech at the Glamour Women of the Year Awards when she declared, “I believe ambition is not a dirty word.” Too often, ambitious women are viewed as pushy, selfish and unlikeable. It’s not the success that is so off-putting but the desire for something more that seems to inspire feelings of disdain. Oh sure, it’s okay to say you were successful because of luck. You were in the right place at the right time. You got your foot in the door because you knew so-and-so. But once you imply, or better yet, state, that you actually deserved it because you worked so hard—it’s not socially acceptable. The implication is that women don’t deserve to want more. Women don’t deserve to dream big. Well, I have news for you—they do.

There have been numerous studies conducted by leading research institutions such as Harvard and Columbia University, exploring the perception of ambitious women. The research shows that culturally, ambition is seen as a positive trait in men yet criticized in women. At Columbia Business School, Professor Frank Flynn presented half his class with a case study using the name “Heidi” on it and gave half the class the same case study with her name changed to “Howard.” The students rated Howard and Heidi equally competent, but while they liked Howard, they didn’t like Heidi. The more assertive a student found Heidi to be, the more they rejected her. This reaction is because the authoritative and dominant behaviors associated with leadership are viewed negatively in women. On the flip side, men who are successful and influential are seen in a positive light.

While the top three qualities valued in women were:

These differing beliefs carry over into the professional realm. Margaret Heffernan, entrepreneur and author of Women On Top, says, “In general, I think women have different expectations projected on them. All leaders are expected to be competent, benevolent, consistent and to demonstrate integrity—that is the foundation of trust, without which it is hard or impossible to lead. But women also are expected to show that they care about the people working for them. To the degree that that isn’t visible, they are disliked or distrusted or both.”

Society’s misguided perceptions and expectations are what make many women fear ambition. Ambitious women worry about being judged by society as a bad wife or a bad mother. Because studies show that men tend to avoid female partners with characteristics usually associated with professional ambition, single women fear being viewed as undesirable mates. Unfortunately, trying to appear more attractive to the opposite sex may hinder single women’s career progress. One study from researchers at the National Bureau of Economic Research found that young female professionals tend to play down their ambitions around men if they’re not in serious relationships. According to another survey, nearly three-fourths of single women forewent a career opportunity because they didn’t want to seem too assertive or pushy. Compared to all other groups, single women reported being less likely to take on leadership roles, ask for a raise, make sales pitches and speak up at meetings.

How can we change society’s distorted view of ambitious women? By creating new rules. In Debra Condren’s book, Ambition is Not a Dirty Word, she outlines eight “Ambitious Rules” that provide specific, innovative solutions to the everyday struggles women face. These include things like taking credit, deflecting detractors, and handling confrontation. Be brave. Be bold. Go after your dreams. Hold your head up high and don’t apologize for ambition or success. You owe it to yourself and the world to make the contribution you were born to make. And yes, you deserve it.