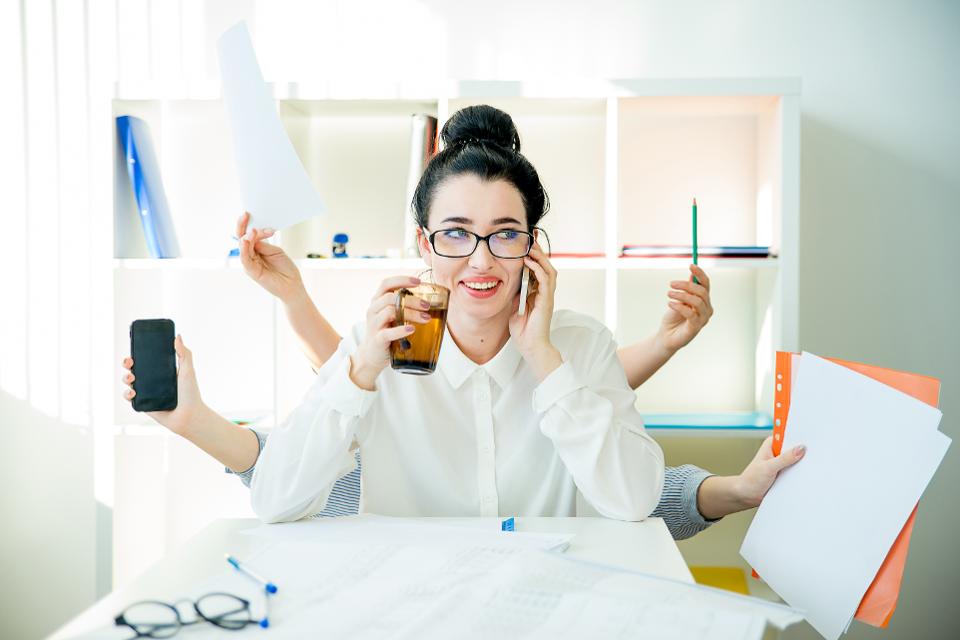 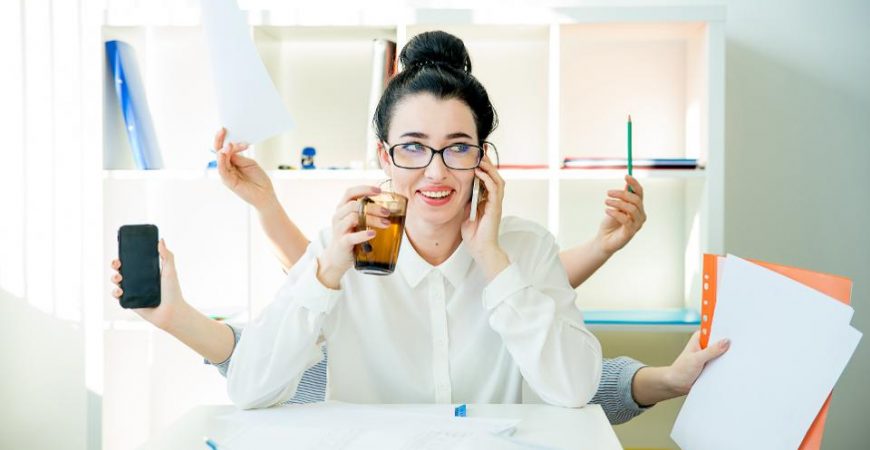 Being a working woman these days is exhausting. We have so much on our plates that it can be a challenge to be productive. Not only that but with our cell phones constantly in our hands and social media calling us to post yet another photo on Facebook or Instagram, distractions abound. Here are some creative productivity hacks that can help you accomplish more in less time!

Tim Ferriss, the author of the book Tools of Titans, says that single-tasking in a digital world is a superpower. You want to develop that superpower because ultimately multi-tasking is inefficient and counterproductive. What happens when we think we’re multitasking is that we’re actually task shifting. The issue with that is that each time we transition from one task to another, it takes time for our brain to refocus. A University of California Irvine study found that it takes an average of 23 minutes and 15 seconds to refocus, which definitely adds up. Research also suggests that multitasking can reduce productivity by as much as 40%. So how do we learn to single-task?  Removing unnecessary distractions is a good start. For example, if you plan on doing any work that requires concentration, like writing or research, schedule that time on your calendar and protect it like you would any meeting. Don’t forget to turn off Slack and email! Another suggestion is to turn your phone on airplane mode for several hours at a time while you work on an important project (those emails and texts will still be waiting for you when you turn it back on). Finally, there are many apps out there that can help eliminate distractions. One is the Freedom app. This is a great little tool that allows you to block websites, apps or the entire internet if you want to. You can even schedule blocks of time in advance which makes it even more convenient.

Start with your MITs

MIT stands for “most important task” (this is separate from your to-do list). Ask yourself the following question every morning: “What are the two or three most important things that I could do today that will help move me closer to my goals?” These are usually things that are critical and will create the most significant results. Another idea is to identify your MITs the night before so that you’re mentally prepared to tackle them in the morning. Create a list of two to three MITs every day and focus on completing them as soon as possible. Try to structure your day to ensure your MITs get done first, before anything else. Some ways of doing this include blocking off time on your calendar every morning as well as setting an artificial deadline for yourself—say 10 a.m. Setting a deadline is an effective productivity-enhancing technique because if you do encounter any unnecessary interruptions, it will be easier to say no. The reason for this is that you’ve already mentally flagged these tasks as being important.

One of the most productive skills you can develop is the ability to say no. Wanting to help people is great, but not if it causes you to become stressed out because you’re overcommitted. When you say yes all the time, you are putting other people’s needs ahead of your own and are more likely to get burned out in the long-run. Start by practicing saying no in small ways, like refusing that new credit card from the cashier at the department store. If you start small, it will become more comfortable for you to say no in the future to bigger requests. Many people also suffer from FOMO (fear of missing out) and are tempted to say yes to everything for fear that those opportunities aren’t going to come around again. Actually, the opposite is true. The most successful people in the world say no all the time. They only say yes to the things that are high-priority and high-impact. Everything else gets deprioritized. Remember, as Steve Jobs said, ”It’s only by saying no that you can concentrate on the things that are really important.”

By following these three simple tricks, you will finally be able to take control of your life and boost your productivity. Remember it’s not how hard you work but how much you get done that matters!