This Is How Highly Successful People Achieve Career Goals

Here's how the most successful people crush their goals. 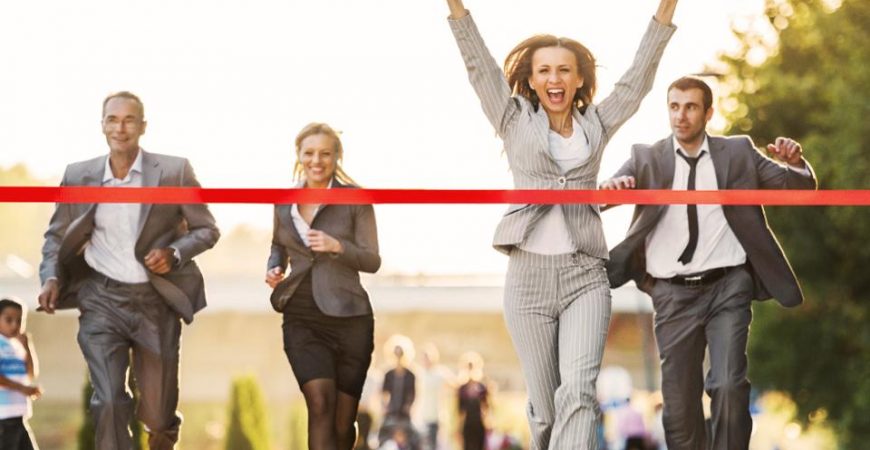 Individuals who accomplish extraordinary things understand what it takes to realize big dreams. They know the difference between setting goals and achieving them. Let’s look at three of the most powerful ways successful people achieve their most ambitious career goals.

Elite athletes have been using this practice for ages. It’s called visualization—and it works. Take 19-year-old Canadian tennis player Bianca Andreescu who defeated Serena Williams in the 2019 U.S. Open. After her win, she shared how, for years, she would close her eyes and envision herself winning the U.S. Open against Williams, the greatest female tennis player of her generation. “I guess these visualizations really, really work,” she said. The daily practice of visualizing your career goals as already complete can rapidly accelerate your achievement of those dreams. According to author Jack Canfield, using visualization techniques to focus on your goals yields four key benefits:

1.)  It activates your creative subconscious, which will start generating creative ideas to achieve your goal.

2.)  It programs your brain to more readily perceive and recognize the resources you will need to achieve your dreams.

3.)  It activates the law of attraction, drawing into your life the people, resources, and circumstances you will need to achieve your goals.

4.)  It builds your internal motivation to take the necessary actions to achieve your dreams.

You can do the same with your career goals. Use positive visualization to motivate yourself to work harder and be prepared to reap the rewards.

Dream big and write it down

To prove this theory, here are two famous examples:

In 1985, actor Jim Carrey wrote himself a $10 million check for “acting services rendered,” dated it ten years in the future, and kept it in his wallet. Then in November 1995, he learned he was cast in the movie Dumb and Dumber for—you guessed it—$10 million. Coincidence? It was the fact that Carrey wrote his specific career goals down on paper.

Then there’s Bruce Lee, the famous martial artist and movie star. In 1969, he wrote this letter to himself:

I, Bruce Lee, will be the first highest paid Oriental superstar in the United States. In return, I will give the most exciting performances and render the best of quality in the capacity of an actor. Starting 1970, I will achieve world fame, and from then onward, till the end of 1980, I will have in my possession $10,000,000. I will live the way I please and achieve inner harmony and happiness.

By the age of 32, Bruce Lee achieved all his lofty career goals and more. Coincidence? Definitely not. As Sir John Hargrave, author of Mind Hacking, says, “Until it’s on paper, it’s vapor.”

Focus on the process, not the outcome

Harvard psychologist Amy Cuddy says that the average person will probably find more success if they shoot for just down the block instead of the moon. Focus on the process instead of the outcome. For example, if your goal is to lose 20 pounds, you won’t lose all the weight overnight. Your best option is to divide your ultimate goal into a series of daily or weekly goals that are easier to accomplish. “A lot of research is showing us that we do much better when we focus on incremental change, on little bits of improvement,” Cuddy says. This approach creates extra motivation and allows you to enjoy the ride. It’s what New York Times best-selling author of Atomic Habits, James Clear calls creating a system that sets you up for success. Clear says, “Every Olympian wants to win a gold medal. Every candidate wants to get the job. And if successful and unsuccessful people share the same goals, then the goal cannot be what differentiates the winners from the losers. It wasn’t the goal of winning the Tour de France that propelled the British Cyclists to the top of the sport. Presumably, they had wanted to win the race every year before—just like every other professional team. The goal had always been there. It was only when they implemented a system of continuous small improvements that they achieved a different outcome.”

Highly successful people set career goals not by knowing what they are capable of, but by knowing how much of themselves they are willing to give. With enough resolve, believe me, you can do anything.

If you’ve been feeling stuck and aren’t sure it’s time to make a career shift, download my free guide: 5 Signs It’s Time to Make a Bold Career Change!