How A Growth Mindset Leads To Career Success

With technology and business models changing rapidly, embracing a growth mindset is vital to career success. Learn how to foster a mental attitude that will take your career to new heights. 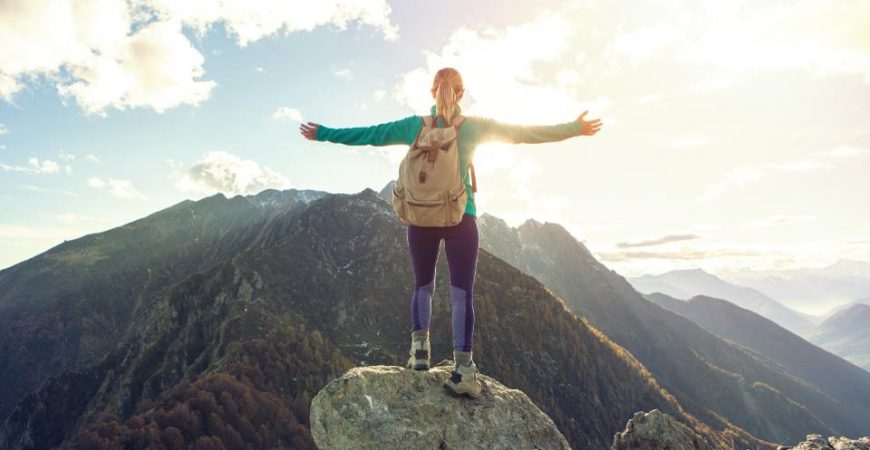 Mindset is everything. Whether you’re talking about career success, starting your own business, getting through a tough workout or being a parent, having the right mindset can make the difference between success and failure. The concept of growth mindset can’t be discussed without mentioning Carol Dweck and her insightful book, Mindset: The New Psychology of Success. After decades of research, world-renowned Stanford University psychologist Carol S. Dweck discovered the power of mindset. In her book, she outlines the differences between a fixed and growth mindset—showing how success in almost every area of life can be influenced by how we think about our talents and abilities. Once we harness the power of a growth mentality, studies show that it can be essential for career success.

A fixed mindset assumes that our intelligence, character and creative ability are static. Basically, you are dealt a hand in life and are required to accept it. Believing that your qualities are set in stone creates a desire to prove yourself over and over again. A fixed mindset can result in career stagnation.

On the other hand, a growth mindset is based on the idea that your essential qualities are things you can cultivate through your efforts. It assumes that everyone can change and grow through experience and practice. A growth mentality sees failure not as a detriment, but as a springboard to success. Failing is actually a form of learning. In one study conducted by Dweck with children, she offered four-year-olds a choice. They could either redo an easy jigsaw puzzle or try a harder one. Those with a fixed mindset chose the easier puzzles that would affirm their existing ability. They wanted to make sure they succeeded to seem smart. The children with a growth mindset tried to stretch themselves because their definition of success was about becoming smarter. In her book, Dweck writes, “After thirty years, my research has shown that the view you adopt for yourself profoundly affects the way you lead your life. It can determine whether you become the person you want to be and whether you accomplish the things you value.”

Mindset stems from our own set of powerful beliefs. A growth mentality assumes that views can be changed when they no longer allow us to achieve our goals. Here are five ways you can take control of your mental attitude to foster a growth mindset:

Fostering a growth mentality involves viewing failure as a positive rather than a negative. Everyone has setbacks. The key is to learn from each one and improve your decision making. Wildly successful people typically fail their way to success. Steven Spielberg was rejected from film school three times before getting his big break. Even Oprah Winfrey was fired from her news coanchor position at a Baltimore TV station before going on to build a successful daytime talk show. A producer reportedly told her that she was “unfit for television news.” Oprah later said, “I had no idea what I was in for or that this was going to be the greatest growing period of my adult life.”

People with a growth mindset actively seek learning opportunities which result in more career success. Be curious about everything. Research shows that, while less successful people read mostly for entertainment, those at the top are avid readers of self-improvement books. In fact, 85% of successful people read two or more self-improvement or educational books per month. Another study revealed that 30% of executives said having a willingness to keep learning is the characteristic they consider most necessary for an employee to succeed.

Challenges are opportunities that propel you forward towards your goals and help you grow. According to C.S. Lewis, “Hardships often prepare ordinary people for an extraordinary destiny.” Don’t underestimate the power of being able to overcome obstacles. Are you feeling too comfortable in your current career? That may be an indication that it’s time to seek out new challenges. After all, the magic happens outside your comfort zone.

4. Go beyond your limits

Another way to foster a growth mentality is to push yourself beyond what you think you can do. In one interesting study, researchers asked participants to cycle as hard as they could for 4,000 meters. Later, participants were given the same instructions but were able to race against an avatar of their previous ride. What they didn’t know was that the avatar was going faster than they did previously. The result was that participants rode alongside their avatar, going significantly further than they did the first time. When you push yourself, you can surpass even your own expectations.

People who want to grow personally and professionally tend to ask for and value feedback. This is because growth-oriented individuals are interested in developing and challenging themselves. They aren’t afraid to be criticized or judged. Once you understand that you are responsible for your own growth, you will have the confidence to ask for feedback and learn from it.

With technology and business models changing rapidly, embracing a growth mindset is vital to career success. Workers will need to continuously learn new skills to remain competitive as automation technologies, including artificial intelligence, become more prevalent. According to a report by McKinsey, up to 375 million workers worldwide will need to change roles or learn new skills by 2030. Research shows that your mindset predicts achievement. It’s not how good you are but how good you want to be that matters.

If you’ve been thinking about a career change but aren’t sure what steps to take, download my free resource:  7 Steps to Career Clarity